Just over a year ago I purchased my Creality Ender 3 Pro…an absoloute steal at about £140 after discounts and Topcashback special offer at the time.

I was having so much ‘fun’ with my Wanhao Duplicator 9 that I didn’t open the box for nearly 1/2 a year. and I only fired the thing up a few months ago!

I have to say, I’m impressed. The printer deserves its rabid fanbase following. It printed flawlessly out of the box without any setting up.

It’s surprising the difference having a reliable ‘work horse’ printer makes to the hobby. I need a bit – I just go print it. no faffing about with levelling and bed adhesion.

Note, if your previously reliable printer seems to under-extrude, even on known great filament – try the extruder arm.

Something seemed ‘off’ when printing standard stuff – almost overnight the printer just seemed to under-extrude, not be reliable and, well, become more like my Wanhao D9 (a bit crap)

Even bizzarely, the printer would print OK over to the left, but under-extrude to the right. Took an hour to diagnose this! When the head was over to the right – it would pull the mechanism slightly which dislodged the arm enough to slip the filament.

Luckily, This extruder tech hasn’t moved in years…….An unassembled, missing parts kit I picked up off facebook a couple of years ago (syntek, sintek or something similar) which itself was a few years old had just the part..(which complete, looks identical to this Aliexpress one …..

and….well, I have a LOT more spares upstairs that i’ve gathered!

And, well, if i’m upgrading one extruder drive mechanism, it’s shockingly easy to add a second….

Fortunately (for the Ender 3) , My Wanhao Duplicator 9 decided to ‘blow up’ a bit *Probably assisted by my dual 5015 blower fan mods

What’s best! – I now have a working 3D printer that I can use to print parts for my broken 3D printer!

looks like my tinkering time’s filled up again. gotta get designing a ‘fix’ for the D9…and a dual extruder / colour setup……

After months (and months) I’ve finally been able to pull my thumb out and start a long wanted upgrade of my somewhat old Home Theater system…….With a 3D printed ‘twist’

END_OF_DOCUMENT_TOKEN_TO_BE_REPLACED

given the 1000’s of people having issues getting the D9 to print properly, there does seem to be something fundamentally wrong with the printer….

END_OF_DOCUMENT_TOKEN_TO_BE_REPLACED

I’ve designed another thing that solves some more problems with the D9 – a Belt tensioner!

I’ve posted this up on Thingiverse……….

It’s been printed at least 10 times by guys on the facebook group and provides an immediate and cheap improvement over the stock……..

END_OF_DOCUMENT_TOKEN_TO_BE_REPLACED

The Wanhao printer bed is made of Aluminium, below this is a flexible heating element.

It’s been widely reported that the D9 doesn’t level very easilly, Here’s why people are having issues….

If you’re having ‘levelling issues’ ensure to do the electronic bed levelling whilst the bed is hot! – (pre-heat to typical printing temperature first)

Density – Steel (which the carriage is made of) is generally around the 7 – 8 g/cm³ – or Three times that of Aluminium! – win there, I can use a sheet of aluminium Three times thicker than the steel on the carriage and have the same weight (in theory)

Thermal Expansion – Translated this means that Aluminium expands by 24 micrometers per millikelvin. Also known as 0.000024 meters per degree

How does this affect the D9 Printbed?

END_OF_DOCUMENT_TOKEN_TO_BE_REPLACED

The Wanhao Y axis ‘bed’ is known to be a little flimsy,

It’s made from pressed, welded steel sheet just under 1mm thick and notably flexes when adjusting the levelling springs

Once cut, this should be stiffer and more importantly, lighter than the existing carriage as shown below…….

Finally got a few hours over Christmas to knock up the X axis linear rails upgrade for the printer.

Printer seems to run nicely and i’ve printed a few small things….I’ll work on quantifying any improvements next as, right now it only ‘seems’ better, and print quality improvements are really marginal. The biggest difference was on the Y axis bed, and I suspect there are now easy further improvements to be had……… 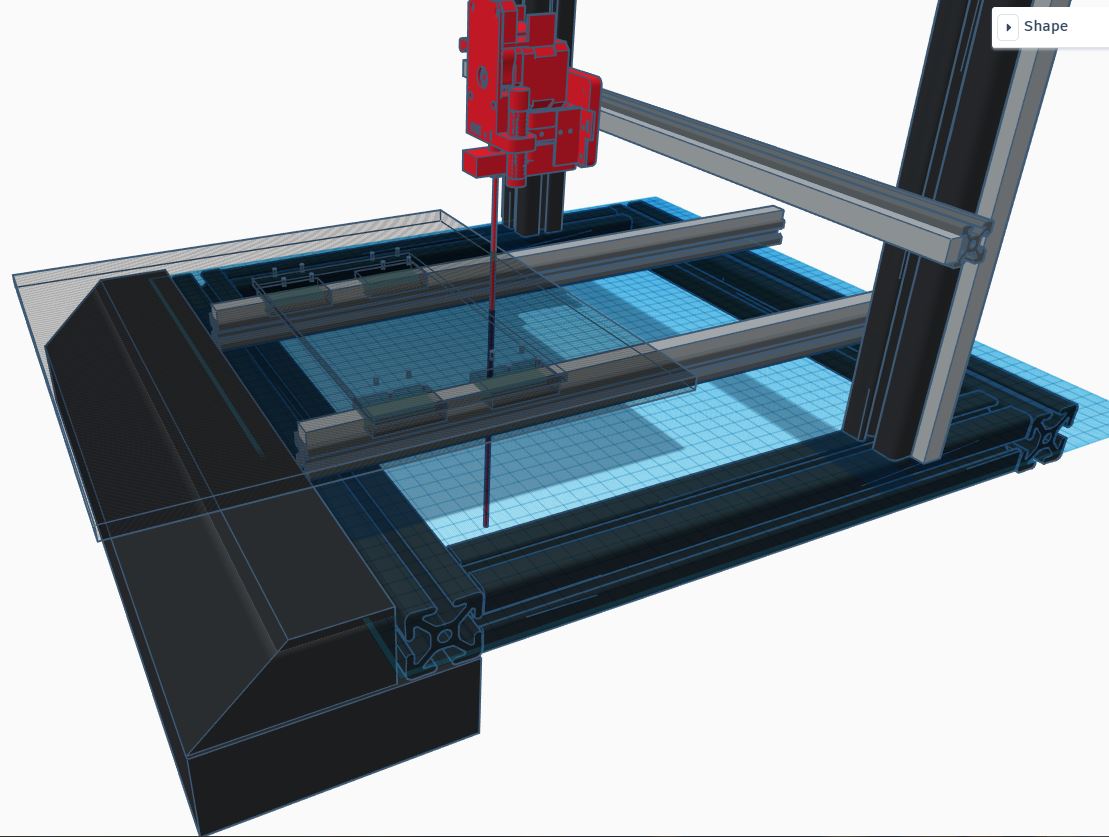 It’s possible to create a 120mm wide base, IF you offset the mounting of the bearing blocks from the centre as can be seen above and below…

END_OF_DOCUMENT_TOKEN_TO_BE_REPLACED

Just running through a few ideas in Tinkercad whilst I await some parts to arrive….it pays to mockup things before committing to a design, I’m liking how easy Tinkercad is to do something that, on the surface looks quite complex………

on My D9, looking from the front, the Y axis rails are spaced at 202mm edge to edge….so it makes sense that an approximatley 202mm deep by 202mm wide square would form the most stable base available, whilst still using the original dimensions of the frame………..

Unfortunatley, having a 202mm square base for the linear rails bearing blocks has prevented the 325mm moving bed from obtaining its full travel – you can see below the the vertical line of the extruder output is not too far from the centre of the bed, even though if the bed moves forward, the bearing blocks will run off the end of the rails

I’m not going to be using a 200ish mm square base plate with my 4 linear rail blocks on!…

it’s looking like it’ll need to be a 200ish wide rectangle that’s hopefully not less than 100mm deep – as the linear rail blocks are 45mm!

In my never ending quest to do everything to this printer, other than to print stuff, I’ve decided to perform a series of upgrades. It’s been a few months of indecision and procrastination, but…

I’ve received the rails and very impressed. Currently waiting another 3 x MGN12H in the post to make 6 total…and then I can get started 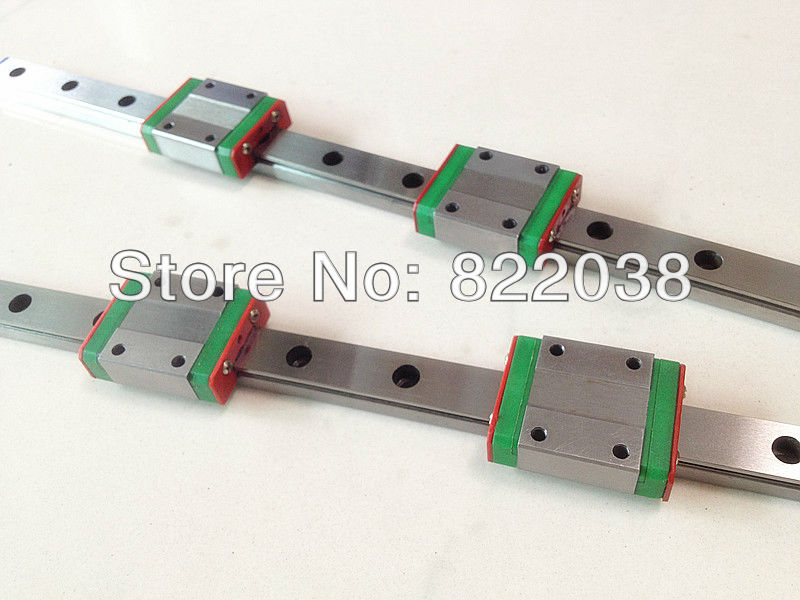 END_OF_DOCUMENT_TOKEN_TO_BE_REPLACED

After the old soap and water life’s lesson and getting some fantastic print bed adhesion, the printer ‘developed’ * another problem……………

*by developed, I mean, ‘I’m an idiot’…..Probably…………..[just scroll to that bit below to avoid a few paragraphs of waffle

END_OF_DOCUMENT_TOKEN_TO_BE_REPLACED

Use SOAP AND WATER………

I’ve a few successful prints under my belt now…..Pics another time……..

For the past few days though, this has been happening………Zero adhesion 😦

END_OF_DOCUMENT_TOKEN_TO_BE_REPLACED 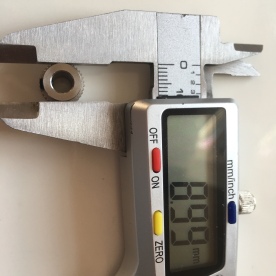 After having a few minor issues with filament slipping and prints generally being a bit crappy, I figured I’d take stuff apart, always helps me relax…

END_OF_DOCUMENT_TOKEN_TO_BE_REPLACED

Whilst waiting for my quieter fans to arrive, A little more digging into the inner workings of the printer is called for – mainly to ensure that Estimated slicing times in Cura get a little closer to the real world slicing times that I’m seeing…

Overall, if Cura suggests it’ll be 6 hours, it’ll actually be a 9 hour print!

END_OF_DOCUMENT_TOKEN_TO_BE_REPLACED

I get no benefits at all by linking to these guys, just highlighting a superb printer (so far!) for a superb price here in the UK

Levelling 3D printers almost seems like some form of witchcraft..….Doubly so when you have a small amount of mechanical knowledge and have some electrical PCB tinkering ability

A slight difference is that the D9 has Dual Z axis stepper motors – BOTH sides of  the Z axis are driven, which adds another dimension to the levelling whajmacallits.

END_OF_DOCUMENT_TOKEN_TO_BE_REPLACED

I present to you, my first Ever 3D print 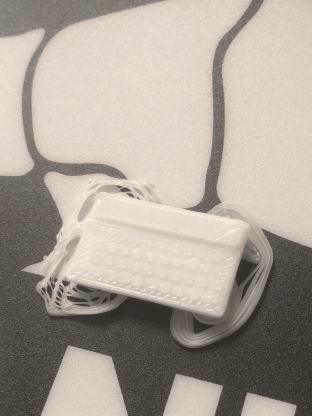 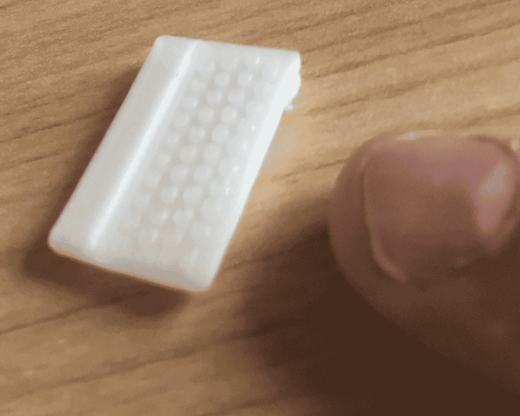 END_OF_DOCUMENT_TOKEN_TO_BE_REPLACED

Getting right into the guts of this thing, there’s a few basic discoveries

There’s two names on the market –

Monoprice MP Maker Pro Mk.1 is an alternate supplier of this printer – Externally they look identical! 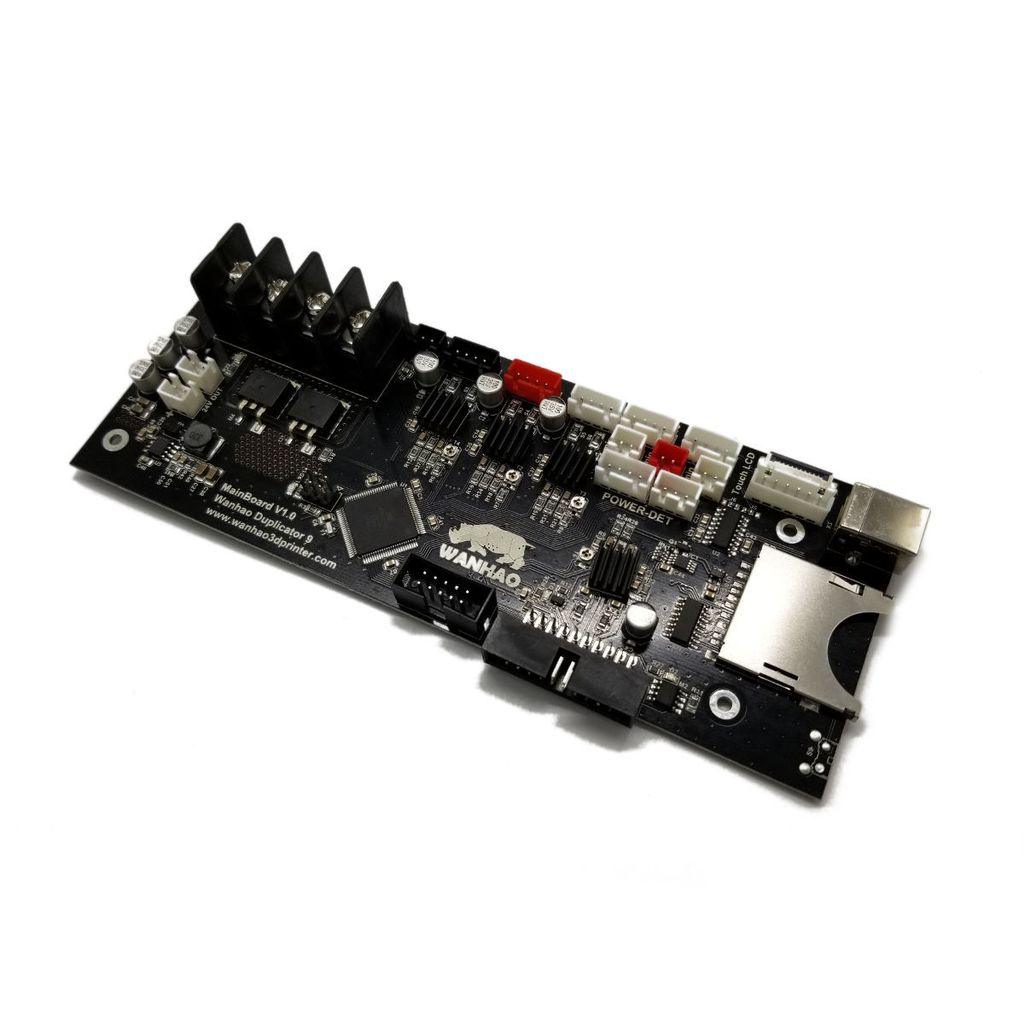 END_OF_DOCUMENT_TOKEN_TO_BE_REPLACED

During the unboxing, a bit of an oddity showed up, the build plate didn’t look level at all

taking a picture from the front, looking in, it’s clear that the height between the plate and that block thing is quite a bit more on the right, than the left